Not a lot to report today. We spent most of it shifting bags and bodies from one location to another … standing in ever-so-long queues at two Argentine airports … saying goodbye to the lovely guides (Carolina and Deborah) we’ve had during these first few days in this remarkable country … unloading at Buenos Aires’ sparkling cruise terminal … going through passport and immigration control (it seems like we’ve done that a lot lately) … climbing the gangway onto the beautiful ms Veendam … finding our cabins, and unpacking (aahh, yes!) … and finding the food (something else we’ve done a lot of lately).

The ship cast off at 9pm tonight and nosed out through the vast stretches of the River Plate (yes, the site of that famous naval battle in WW2) … and, by breakfast time tomorrow, we’ll be in Montevideo, Uruguay.

But more about that later. It’s midnight, and I need some sleep. For now, you can hunt for your friend/s or relative/s in this Iguazu photo. Four of our group were missing when the camera clicked: two, weary and wet, were having a cup of tea in a nearby café … one was lost (well, separated from the group) … and the fourth – well, I’m still not sure where she was. But all were shortly reunited with our main bunch, and are now safely tucked up in their Veendam cabins.

TOMORROW: We’re spending the day in a recently-declared UNESCO World Heritage Site: Colonia del Sacramento (founded by the Portuguese in 1680). Don’t go away! 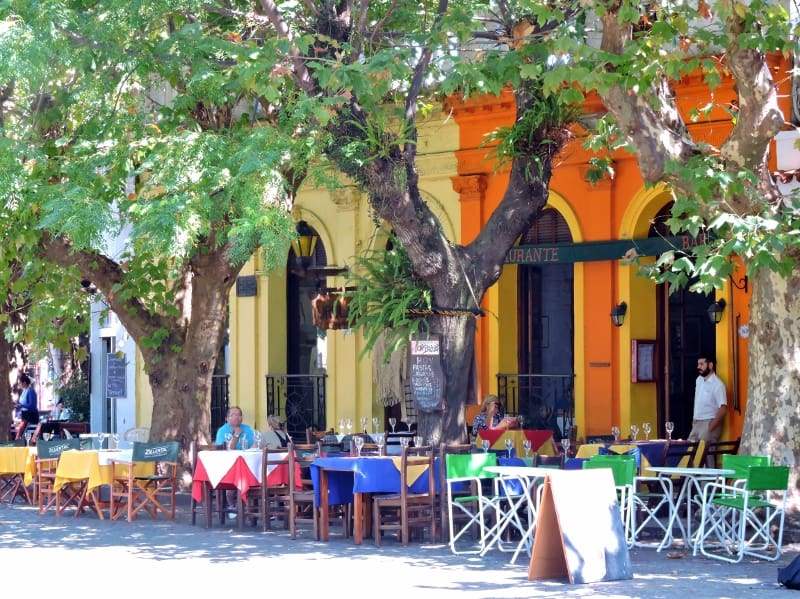