APOLOGIES: This blog entry was sent from Alaska a couple of days ago – but disappeared mysteriously into the clouds. Sorry about that, folks …

The cheerful fishing town of Ketchikan clings to the shores of Tongass Narrows, and is supported on wooden pilings, with boardwalks heading in every direction. Salmon come here each year, fighting their way upriver, spawning, and then dying in their countless thousands (we saw them, and smelled them!) – and dozens of canneries have made Ketchikan the salmon capital of the world.

Its name supposedly comes from the native term ‘Katch Kanna’, which roughly translates ‘spread wings of a thundering eagle’ – which could well be right, because bald eagles are frequently seen watching from waterside perches. We saw them, too, but more on that in a minute …

While three of our Kiwis went ashore to visit the Saxman Native Village and sample the rich living culture of Alaska’s Native Americans (the Tlingits), the rest of us loaded our cameras and headed into Alaska’s dark spooky woods, chanting,

Actually, we forgot to do the chanting. But we DID go on a bear-hunt – no kidding! We weren’t scared (well, maybe just a little bit). And nor were we disappointed.

The Alaska Rainforest Sanctuary at Herring Cove is home to lots of big black bears. These beautiful animals are free-to-roam (not captive), and they show up in greater numbers this time of year to gorge themselves on the dead and dying salmon that flood the lakes and streams. We, for our part, were NOT free-to-roam (that would be highly dangerous, given that these powerful animals weigh-in at 200, 300, 400lbs – or up to 900lbs for a fully grown male – and females with cubs can be especially aggressive). Instead, we joined an experienced guide for a walking expedition – along dirt tracks where fresh bear skat (droppings) told us that bears had passed this way not long before … and across elevated swing-bridges that led to viewing platforms erected high in the trees.

We spotted one big fat female, fishing for salmon in a fast-flowing stream … then another … then a couple more … And then, for the next two or three hours, they just kept coming (someone in our group counted 17 of them) – staring up at us occasionally with their beady eyes … but quite content to pursue their splashing and sniffing and feasting and wading and wandering and climbing and snoozing while we marvelled at them from above. A mother appeared at one stage, two cubs in tow, and we watched as first the cubs, then Mum, climbed high into an old tree for some playtime and a nap.

From a distance they looked kind-of roly-poly cute – but the closer we got the more impressed and respectful we became. Alaska’s black bears are truly stunning, wild and untamed, much bigger and stronger than us … and we felt awed and honoured to be allowed briefly into their world.

It was with great reluctance that we finally left them to their rainforest home, and motored thoughtfully back to our ship.

PEOPLE NEWS: Over the past day or two we’ve had a rush of male applicants for our hotly contested Quacky Ducks:

TOMORROW: Leaving Alaska in our wake, we arrive back in Vancouver, cosmopolitan City of Glass, and say goodbye to the Volendam and her friendly crew. But don’t close the book, because a whole new chapter is about to begin … 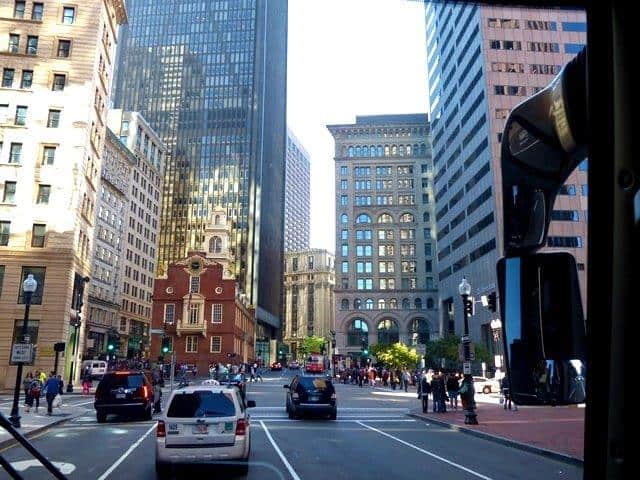