Phew! After months of planning and organising, dreaming and anticipating, packing, repacking and repacking again, the fun finally began yesterday when we farewelled Auckland International Airport and sailed through the skies to Singapore and our big, roomy beds at the Swissotel Merchant Court.

Some of our intrepid travellers went exploring along the beautifully lit-up Singapore River (on foot or in sampans). The rest hit the sack. And most of us (we confirmed over breakfast this morning) were woken, bright-eyed and bushy-tailed, by our body-clocks – at around 3am Singapore time! 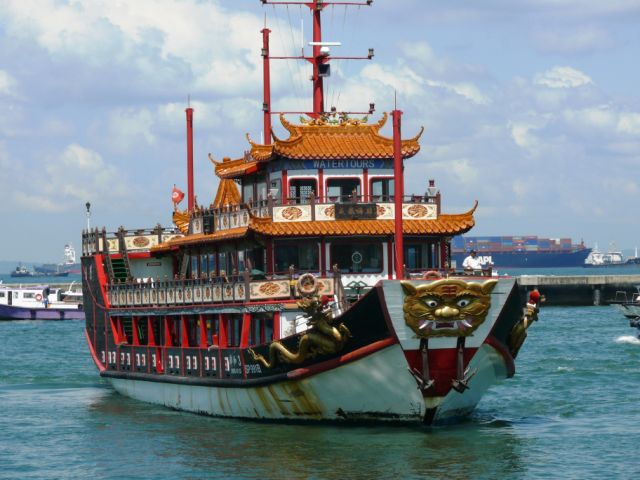 This morning was free – to relax, grab a taxi, sightsee or shop in this amazing Asian metropolis. And our Kiwis headed off in countless directions to do all of the above and more. Then, this afternoon, we were treated to a ‘High Tea Cruise’ aboard an Imperial Chinese junk (no less) on one of the world’s busiest harbours.

Lovely, it was. And a nice opportunity for group members to get to know each other.

Right now, it’s 9:30pm, and we’re back at the spectacular Changi Airport – all checked-in and busy trying out the shops and restaurants before our 11:30pm departure for Heathrow.

This is a long leg (aarrgghh) and our Mad Midlifers are hoping they’ll sleep like babies for those 12-plus hours in the air. After all, London’s a very special destination. And the Queen and her corgis are sure to have heard that we’re coming. (They’ll probably be waiting for us in the arrivals area. We’ll keep you posted …) 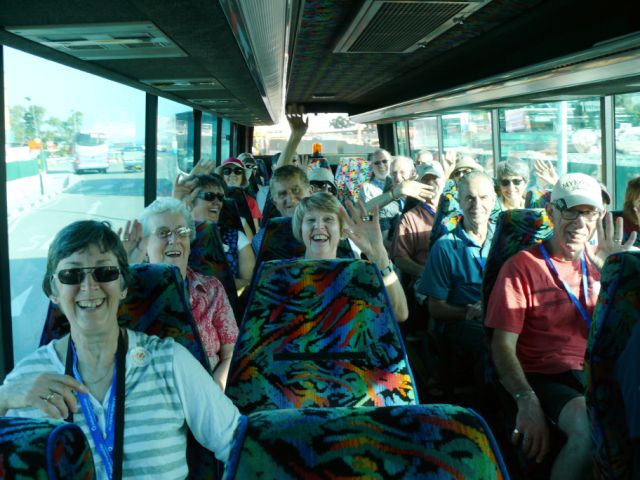 The pressure’s on, and the first hotly-sought-after Midlife Madness Awards have been taken home already:

The Trade-Me Award went to Colin – who, upon arriving at our Singapore Hotel, took it upon himself to trade his old suitcase in on something slight bigger and newer – marching off towards the elevators with someone’s else’s luggage firmly in his grip. He finally gave it up, but not without a fight …

The Follow-Me-I’m-Lost Award was won by Joan – who, only an hour ago here at Changi Airport, led several other Mad Midlifers on a merry chase in completely the wrong direction – up-and-down escalators and around-and-under taxiing aircraft. (Okay, I’m lying about the taxiing aircraft – but the rest was true, and very funny. You had to be there.)

Glorious, old, pomp-and-ceremony London (as I’ve already intimated). But I can’t say any more until we actually get there – right?