Hard to believe it was only three days ago that we left Auckland – it already seems we’ve been away for three weeks! And we’ve been so darn busy that I’ve had no time to update you. Sorry about that folks.

Not a lot you can say about our flights – 10 hours to Singapore, then another 13 hours to Barcelona. We took off, we flew, we ate and drank and tried to sleep, and we landed. And then we did it all again the very next day.

Singapore was lovely, especially our big soft beds in the Grand Copthorne Waterfront Hotel (on the banks of the picturesque Singapore River). And the stunning Jurong Birdpark – which we went walkabout in the following afternoon – was also lovely, entertaining us with brilliant pink flamingos, flapping white pelicans, orange-beaked toucans, multi-hued parrots, and impressive birds of prey.

Singapore’s a fascinating place – five and a half million people on an island the size of Lake Taupo. And 18 hours can barely do it justice. But that’s all we had, so we did it!

Next stop lively Barcelona, on the far side of the world …

This Spanish city is often voted Southern Europe’s most beloved city: vibrant by day, enchanting by night, and an architectural jewel that’s littered with famous names – like Pablo Picasso and Salvador Dali. But the legendary architect, Antoni Gaudí, is a clear favourite with Barcelonians.

His push-the-limits, fairytale creations are on-show all over the place. And the best-known, without doubt, is the must-see Sagrada Familia – a towering, inspiring, weirdly-wonderful cathedral that’s become the city’s symbol (despite being still unfinished, 130 years after Gaudi kicked it all off).

No time like the present – right? So, yesterday afternoon, jetlag notwithstanding, we joined a zillion other tourists for a leisurely look at this fantastical work of art, engineering and worship.

Today, our lovely Catalan guide, Sonia, showcased more of her city’s highlights: Plaça Catalunya (the city’s busiest square, where all roads seem to start from) … the extraordinary Barrí Gotic (Gothic Quarter) with its imposing buildings, 14th century Gothic Cathedral and cobbled square … the Christopher Columbus monument … Montjuic Hill for some commanding views and pix … and the wide, tree-lined Las Ramblas: one of the continent’s grandest boulevards, crammed with mimes, musicians, street vendors, shops, bars, open-air cafés and restaurants offering a wide selection of Catalan cuisine (plus a ready taste of sangria, the national fruity drink).

Finally, tonight, we felt the heat of Spanish passion at a classy Flamenco Dinner & Show – with the music of guitars and the high-speed foot-stomping of some very accomplished, very energetic, dancers!

TOMORROW: We head for a mountainous zone some 50kms northwest of Barcelona, where the great Montserrat Monastery (home of the revered statue of the Black Virgin) hides amongst towering, jagged peaks and echoes with untold legends …

The rain in Spain stays mainly on the plain … but internet problems have spread to Barcelona! Help! The Cooneys report all sorts of problem sending their blog reports and photos. “I’ve been up half the blankety-blank night trying to email this stupid thing,” says John. “Am seriously considering buying a pigeon and sending it that way!!!” In the meantime, they ask family, friends and fans alike to be patient. Please watch this space … 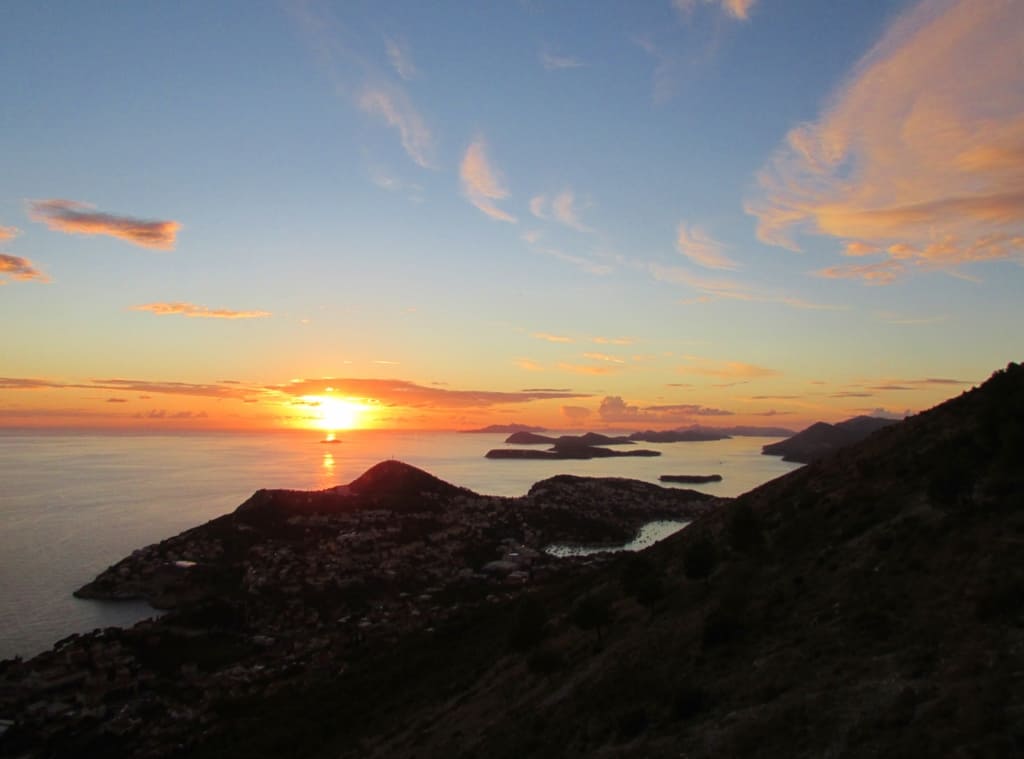