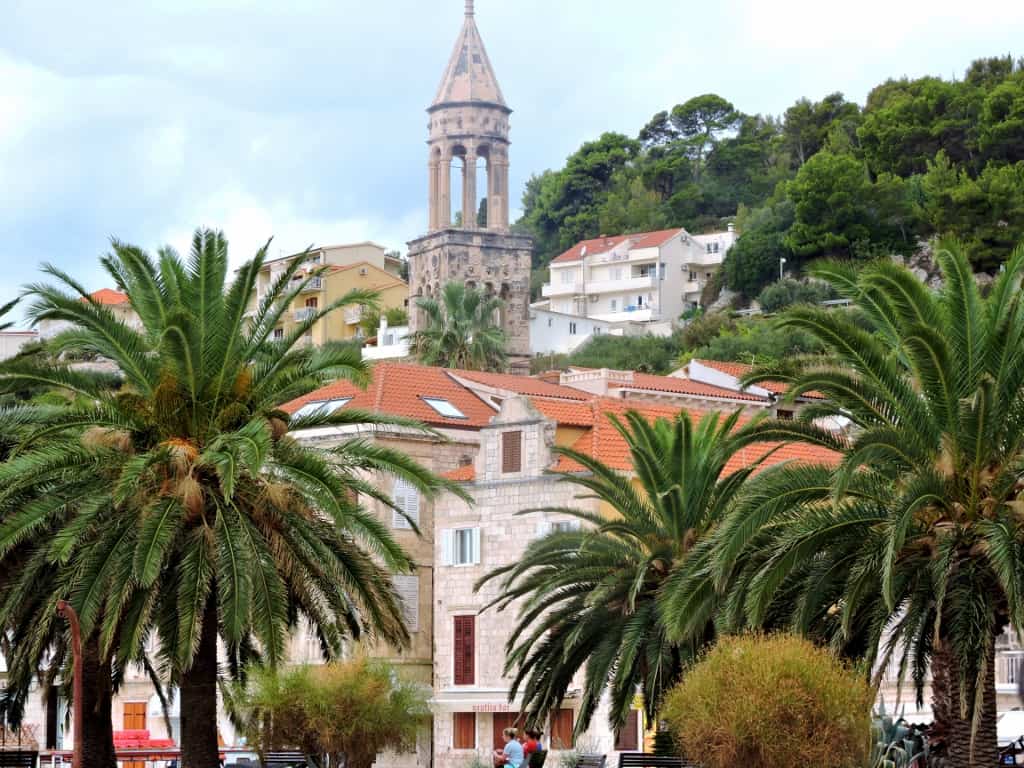 Croatia’s coast, stretching 2000 kilometres down the right-hand side of the Adriatic Sea, is simply stunning. At least, the bits we’ve seen are. And, from the few that we’ve sampled, its 1200 verdant islands are something else as well: bare karst-rock islands, tiny dots of islands with nothing on them but a lighthouse, islands populated by just deer and nudists (or so I’m told), islands with cocktail bars attracting locals and tourists alike, islands so remote they’re nearer to Italy, islands of age-old fishing traditions, islands famous for their wine or cheese or olives or lavender or anchovy pasties.

And, if you feel like joining us, there’s plenty of room, because more than 80% of Croatia’s islands have no people on them at all.

We’ve seen several of the biggest and best islands during the week we’ve been cruising these warm, translucent waters. We’ve walked the gangplank and gone ashore at every opportunity. And life aboard the ‘Agape Rose’ has been so lovely and laid-back that we really don’t want to come home.

We’re cruising right now, as I write these words. Half an hour ago, we stopped for a swim, and most of our mad Kiwi Midlifers are sprawled out on the sun-deck soaking up the rays. Later today we’ll reach Dubrovnik. And tomorrow we’ll bid Croatia goodbye – “dovi-denja” – and head to the airport. So I’d better bring my cruise-report up to date …

HVAR (kVar): Sometime on Tuesday (I can’t remember when) we motored into what locals reckon is the sunniest island on the Dalmatian Riviera. Hvar (with an almost-silent ‘k’ replacing the ‘h’) is popular for its drop-dead-gorgeous shoreline, its panoramic views, its 17th-century fortified arsenal, plus its atmospheric Old Town. And, once again, we wandered at leisure, soaking up the ambience and feeling terribly homesick. (Not!)

Then we hopped aboard a local bus and drove up-up-up through stony-terraced hills to a lavender farm, where we snacked on the local fare (wine, cheese, prosciutto, and homemade bread) while a nice lady explained how they’ve farmed the aromatic purple herb here for yonks. 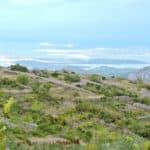 PUCISCA (pu-CHISH-cha): With the weather turning a bit mean we overnighted in this beautiful bay, nestled away on the island of Brac (bratch) and surrounded by stone quarries that yield some of the nicest, whitest limestone on the planet. Believe it or not, pillars of this dazzling snowy stone decorate the façade of the White House in the U.S. – plus other landmarks all over the world. Anyway, we visited a stonemasonry school the next morning, where students still use the same unconventional tools that were used by stonemasons in the ancient Roman Empire.

OMIS (pronounced Omish): Sailing into this gorgeous town after a leisurely breakfast-time cruise, we were blown away by its backdrop of massive limestone mountains. We roamed the narrow streets and engaged in some shop-shop-shopping. (Our group, collectively, must’ve purchased at least 17 MILLION fridge-magnets over the past three weeks! Guess what you’re getting when we arrive home?)

That afternoon, we rode a smallish boat upriver into the Cetina Canyon (a stunning nature reserve) where more local wine, cheese, prosciutto, and homemade bread waited us). And we fell asleep that night dreaming of the much-feared pirates that once haunted these regions, hiding their stolen loot in the cliff-top forts we’d seen way above the town.

KORCULA: The medieval Old Town (after which this lovely island is named) is tucked out on a small hilly peninsula behind round, defensive towers. Like much of this region, it was controlled by Venice from the 14th to the 18th centuries (the Venetian-lion coat-of-arms still adorn the official buildings) … and has long been known for its dessert wines, made from the large white grk grape that’s grown around Lumbarda. (Hey – more tasting!) When we were here two years ago, torrential rain stopped play for most of our stopover in Korcula – but not this time. The sun was brightly shining, our local guide was hilarious, and we had plenty of time to hear about Korcula’s famous merchant-explorer, Marco Polo, who (prior to leaving in 1271) spent his childhood playing in these very streets.

Last night after dinner, we toddled back into the Old Town for a dramatic outdoor presentation (with music and song) of Moreska Sword Dancing. This traditional dance has been performed for 400 years on this island, and follows the legend of the Red King’s squabble with the Black King after the Black King tried to run off with the Red King’s beautiful fiancée.

Earlier in the evening, true to form, Korcula turned on a glorious sunset just for us Kiwis …

COMING UP: For our Grand Croatian-Cruise Finale, we launch a Kiwi invasion of spectacular Dubrovnik – which means one more blog to come!

PEOPLE-NEWS: Another Quacky Yellow Duck has swum across the pool and climbed out the other side to begin a new life …