“Too much of a good thing is wonderful!” said beauty-queen Mae West. And, at any point during the past three-and-a-half weeks as our Italy & Croatia Tour’s been unfolding, we would’ve happily agreed! But, regrettably, it has come to an end.

We said goodbye – “dovi-denja” – to Croatia on Saturday afternoon and flew to Frankfurt, then on through the night (backwards across the time-zones) to Singapore, then the final leg of our long journey home to Godzone. And the last thing needed to wrap up this blog is a comment or two (plus some pix) about Dubrovnik, the Croatian jewel where we spent our final on-tour hours.

Nestled between rocky cliffs and the deep blue sea, Dubrovnik is simply magnificent – and, if it’s not on your bucket-list, it should be. Girded in 9th-century walls that drop sheer to the water’s edge, it’s one of the best-preserved medieval towns in Europe – and, miraculously, while it took a severe beating from Serbian guns, it escaped total destruction in the violent 1991 ‘Homeland War’ that clobbered this region (part of what used to be called Yugoslavia).

Known in earlier centuries as Ragusa, Dubrovnik grew through the Middle Ages and beyond to become a thriving city-state with a merchant navy second only to Venice in that region. The old city, laid out within the ancient fortifications, is compact and easily walkable – which is exactly what the eager-beavers in our group did last Friday!

Earlier in the day, the ‘Agape Rose’ followed a scenic route through the beautiful Elaphite Islands. Then we bused into Dubrovnik’s Old Town and chased crowds through the huge Pilé Gate, carved more than 1000 years ago into the six-metre-thick walls. We walked with our guide down the Stradun (the broad limestone street that bisects the town), spotting places of interest: Onofriou’s Fountain, an ornate Franciscan monastery (where Napoleon’s troops were once billeted), a striking Renaissance palace, charming shops and a labyrinth of narrow alleyways.

Finally, we were free to route-march around the city’s encircling walls … or take a cable-car to the top of the looming hill behind the Old Town for some fabulous photo ops … or sit in an outdoor tavern, licking a yummy gelato and watching the world go by.

A magic day? You’d better believe it! And, as the setting sun turned the Adriatic to liquid gold, we sat down to a slap-up Midlife Madness Farewell Feast back onboard the ‘Agape Rose’.

Next morning came far too quickly, with us checking out of cabins, and saying heartfelt thank-yous/we’ll-miss-yous to the oh-so-friendly crew. Four of our number departed for France at an earlier hour, while the rest of us took a short coach-ride down the coast to a classy, picturesque resort – Cavtat (Tzavtat) – founded by the Greeks in the 6th century BC, and enjoyed today by swarms of jet-setting Croatians and touring Europeans.

As jet-setting touring Kiwis, we fitted right in, of course, managing some last-minute shopping, wandering and snacking, before heading for Dubrovnik’s Cilipi Airport.

Phew! We’ve travelled so far … packed so much in … seen more than we can possibly remember! And we’re returning to New Zealand with untold stories to tell – plus a million photographs to bore you to death with!

Is everybody happy? You bet your life we are!

PEOPLE-NEWS: Two lucky-last Quacky Yellow Ducks have fled the nest and been embraced by new owners …

P.S. Our next MAD MIDLIFE ADVENTURE (and our next travel blog) will feature an exquisitely colourful 17-day CHERRY-BLOSSOM TOUR OF JAPAN … in March 2018!

There’s still room for you – why don’t you join us?

For more details and our free 20-page Japan InfoPack, phone Glen (our booking agent at House of Travel Ellerslie) on 0800 323 333 … or email [email protected] 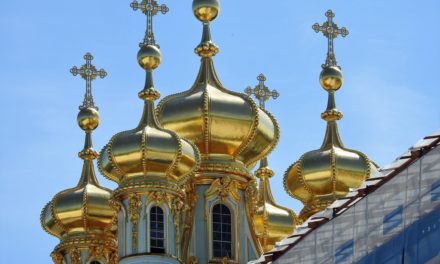