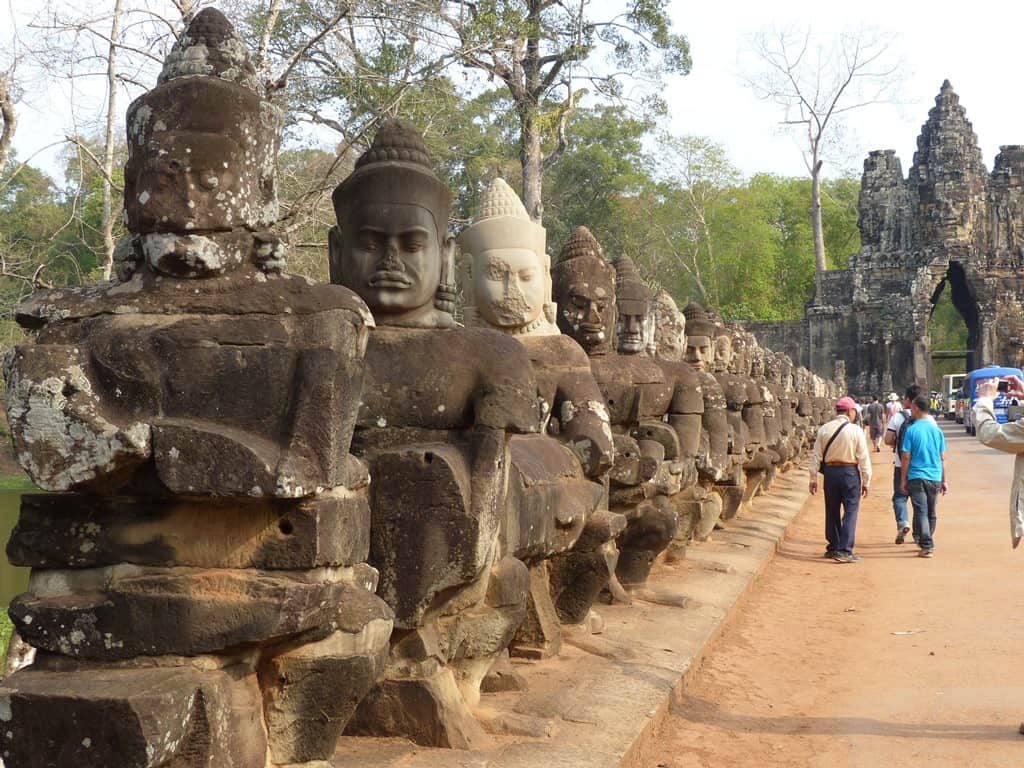 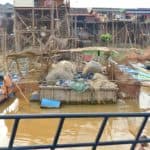 Believe it or not, we’re on our way home! We’re in transit at Singapore International Airport, waiting for a 10-hour flight to Auckland. Our grand Indochina adventure – Midlife Madness on the Mekong – is over, bar the shouting. And all I have to do now is tie up a few loose bloggy ends …

The Pandaw Cruise (I can’t speak more highly of our unique week-long experience along that legendary river!) came to an end on Saturday when we disembarked, loaded bags and bodies onto a coach, and drove for five-bumpy hours to Siem Reap. This energetic, touristy city sits on the edge of the vast, shallow Tonle Sap Lake (more than 150km long). And scattered all over the surrounding countryside are the world-famous temples of the ancient Kingdom of Angkor – home of the powerful Khmer Empire which dated from 802 to 1350AD.

After checking into the Victoria Angkor Resort, we drove to the floating village of Kompong Khleang, where people live in stilted houses rising 10-12 metres in the air, to keep them above flood levels during the monsoon season. A thriving (albeit poor) fishing community – and another set of hard-to-believe photo ops!

An early start next day gave us our first glimpse of the magnificent Angkor ancient ruins. More than 800 different temples (constructed 750 to 1200 years ago) have been dug out of the encroaching jungle thus far … and, spread over an area covering 200 square kilometres, they comprise one of the most astounding archaeological achievements in the world. In fact, only Egypt’s Nile Valley can compare.

So concentrate, please, because here comes some history …

The city of Angkor served as the royal centre from which a dynasty of Khmer kings ruled one of the largest, most prosperous and sophisticated kingdoms in the history of Southeast Asia – extending (at its peak) from the tip of the Indochinese peninsula, northward to Yunnan (in modern China) … and from Vietnam, westward to the Bay of Bengal. In short, the ancient Angkor Empire was BIG! And we Kiwis spent that day and the next (i) sweating profusely in the oven-like 37°-38° heat, and (ii) getting personally acquainted with four of those countless monuments (the biggest and best):

Our heads were spinning yesterday, and we welcomed the afternoon off – to go tuk-tuk riding … shop-shop-shopping … enjoy a Cambodian massage … or just soak in the cool hotel pool.

Anyway, that’s it. We’re done with the Mekong for now. Our heads are still spinning, and by the time you read this, we’ll be back in Godzone. We’ve seen more than we can possibly remember, met some of the loveliest people on earth, and learnt heaps. And we have squillions of photos with which we will probably bore you to death!

But that’s what travel’s all about, eh …

WOULD YOU LIKE TO TOUR VIETNAM-CAMBODIA & CRUISE ON THE MEKONG PANDAW?

Have you been following this blog and viewing our pix and wishing you’d come with us? Maybe this tour is one that YOU would enjoy? Well, guess what? If enough people are keen, WE’LL DO IT AGAIN, in a couple of years’ time. Register your interest now with Roger Glynan: [email protected] or phone 0800 277 477 – and be as definite as you can be, so we can plan with some certainty! You won’t regret it … 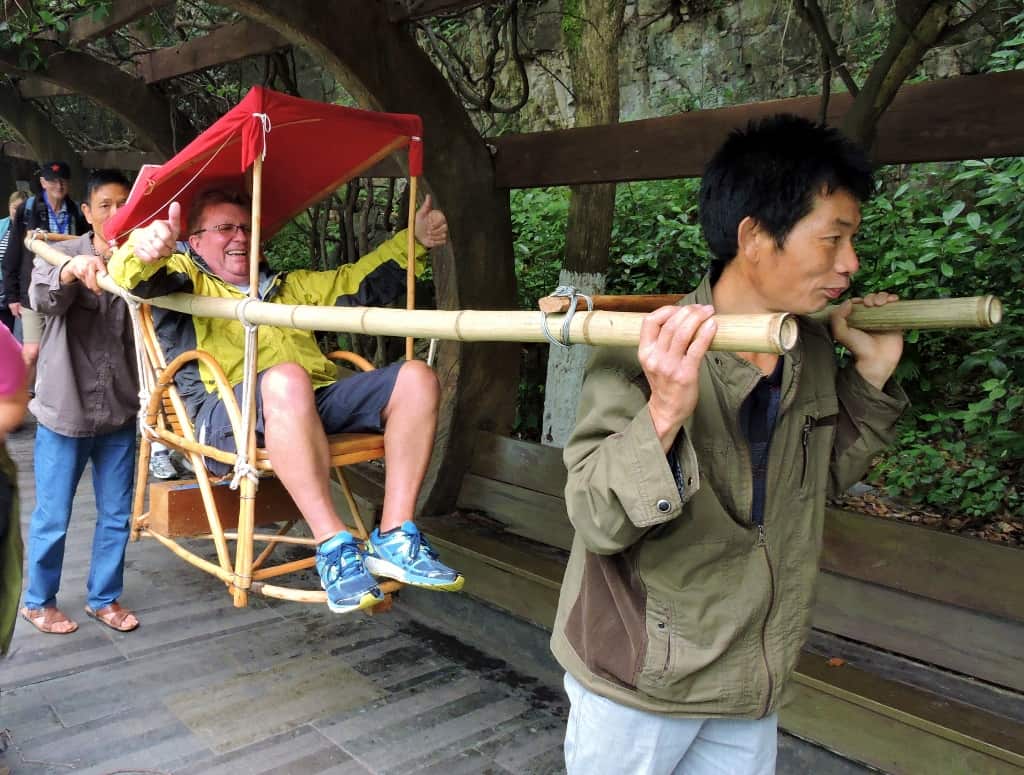