Yeehaa, it’s actually happening! We touched down at Tokyo’s Narita Airport two afternoons ago and have been charging madly around this amazing city of 40 million people ever since. Phew! We’ve done so much already it seems like a blur, and I haven’t had a spare moment until now to catch my breath, throw a few photos together, and drop you a quick update.

Japan’s dazzling capital seems to have everything you could ask for in a city: award-winning architecture, fantastic infrastructure, more cafes and restaurants than you can shake a stick at, and wave after wave of courteous, friendly, smiling, mostly young Japanese. Okay, we’ve only been here a couple of days, but so far (I kid you now) we’re seriously impressed with the place.

Take yesterday, for example. Before we had time to mumble “jetlag” we were off to Ueno Park, a popular spot for cherry blossom parties, with thousands of the gorgeous flowering trees lining the streets – and wall-to-wall gorgeous people. (Or did I already mention that?)

After meandering around aimlessly and taking photo-pot-shots at everything that moved, we headed for broad, tree-lined Omotesando Street … the ancient Asakusa Sensogi Temple, founded in 628AD by local fishermen … Akihabara Electronic Town (crammed with truckloads of electronic gadgetry) … and the famous Meiji Shrine, dedicated to a late 19th-century emperor who opened Japan to the West.

Today started (as every day should) with a yummy multi-choice breakfast. Then we dragged ourselves away to the fascinating Tsukiji Seafood Market – and, from there, to a sushi school where the resident sushi-master dressed us in white smocks and taught us how to make (and eat) sushi. We then drove across this vast city (40 million people, remember?) to the world’s most expensive shopping area, where we shopped (or pretended to) in Ginza Mitsukoshi, Japan’s oldest surviving department store – and two of our number (who shall remain nameless) got lost, briefly, on the 10th floor.

Finally, we zoomed halfway up Tokyo Tower (orange in colour and 13 metres taller than Eiffel) for some birds’-eye views of this stunning city. 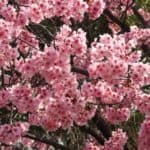 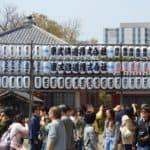 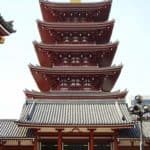 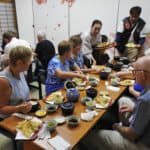 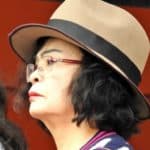 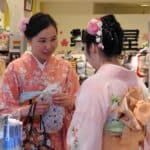 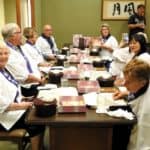 COMING UP: We bid goodbye to Tokyo’s hi-tech modernity and plunge into Japanese history and culture – motoring a couple of hours north-east-ish to the town of Nikko: a center of Shinto and Buddhist mountain worship for many centuries, famous for its World Heritage shrines and temples … 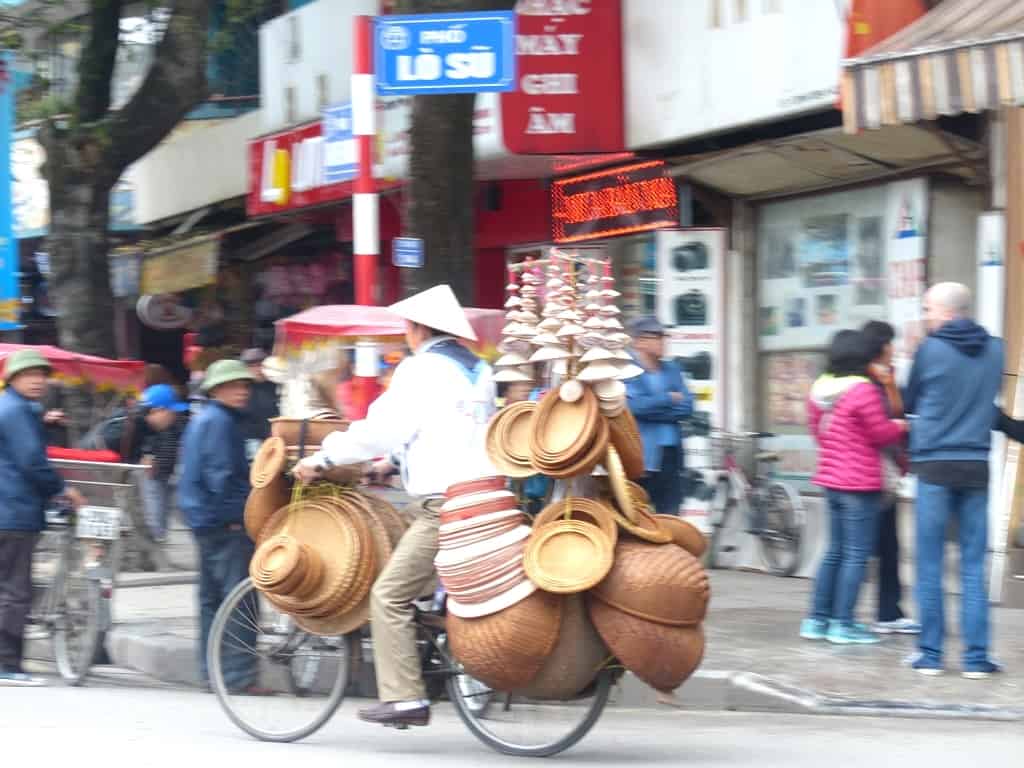