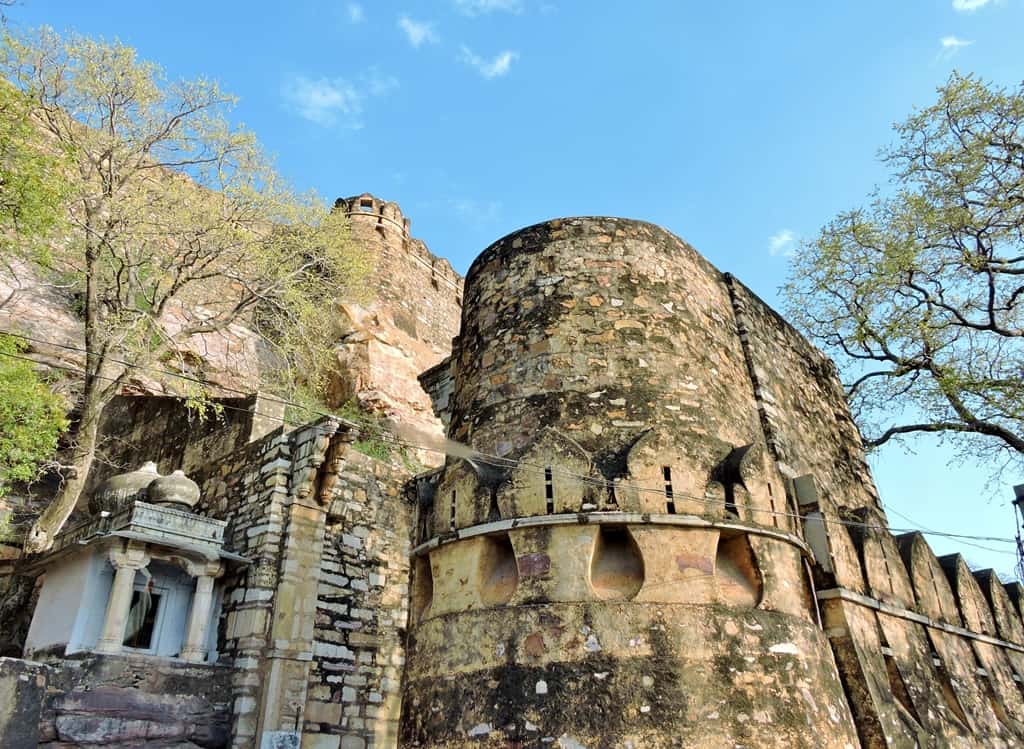 If we’ve learned anything about India, thus far on our Mad Midlife romp through the northern state of Rajasthan, it’s that the place is Complicated-with-a-capital-C. Good example? Most of this country’s teaming billions are Hindus, and they worship some 330 million different gods. (Yes, you heard me right – 330 million!) Another example? The 29 different states which make up India today were formed (during the British era, I gather) by the clumping together of some 561 princely kingdoms – each of which was ruled by a Rajah or (an even more important) Maharajah. Through the centuries prior to Indian unity, these warrior-tribes with their Rajput (ethnic Indian) leaders engaged in the usual pushing and shoving and jostling over territory – and the entire country, from time to time, was ruled by powerful Moghul emperors from regions north of India (like the one who built the Taj Mahal). It was during these turbulent times that various Maharajahs and Shahs had their devoted subjects build looming forts, defensive walls, elegant temples and majestic palaces in their honour.

I only know this because we Kiwis have spent much of the past week ogling, clomping through, marvelling at and photographing these edifices.

Back in Rajasthan’s capital, Delhi, we popped into the Jama Masjid – India’s largest mosque (Muslims form the nation’s second-largest religious group), with a courtyard capable of holding 25,000 devotees. Then, later, we enjoyed a meander through the ancient archways and gardens of Humayun’s Tomb.

In Jodhpur, second-largest city in Rajasthan, we rode an elevator (thank goodness!) to the teetering top of the rock-solid Mehrangarh Fort, where we gasped at the stunning views and peeped into some of the grand palaces that lie within its massive walls.

In beautiful Udaipur, the seductive City of Lakes (often dubbed ‘Venice of the East’), we drank coffee in the courtyard of the dream-like Lake Palace – rising from the glassy waters of Lake Pichhola and built for the exclusive use of Maharana Udai Singh and his hordes of luscious ladies. We then topped that off with lunch in the eye-popping royal dining hall of the opulent white-marble City Palace.

In Chittorgarh (pronounced chee-TORG-a) we explored its oversized Chittorgarh Fort – perched high and impregnable behind 16 kms of hefty stone walls that look, for all the world, like the Great Wall of China. This thrice-besieged treasure-trove of history, with its Victory Tower and Palace of Queen Padmini, bears the scars of battles won and lost ­– and the outdoor sound-&-light show which we enjoyed that evening added much to the eerie ambience.

At Jaipur we climbed aboard a convoy of elephants, which plodded their leisurely way up a steep cliff-face to the splendid Amber Fort – built in 1600 by Raja Man Singh, commander-in-chief of the Moghul army. We strolled through the sprawling complex of courtyards and halls … wandered the intricately-carved ‘Palace of Winds’, once occupied by the ladies of the court … and watched a lively cultural performance featuring traditional costuming, song and dance.

PEOPLE NEWS: Our cute hee-hawing Wonky-Donkeys attract lots of attention when we’re out in the crowds. One of our kind Kiwis gave her little donkey to a hawker who begged to have it – then, half an hour later, the cunning hawker tried to SELL it to another unsuspecting Kiwi! Anyway …

NEXT BLOG: We’re going on a tiger-hunt in the hope of spotting one of India’s beautiful, wild, stripey cats in their natural habitat. Did we see anything? You’re gonna have to wait to find out … 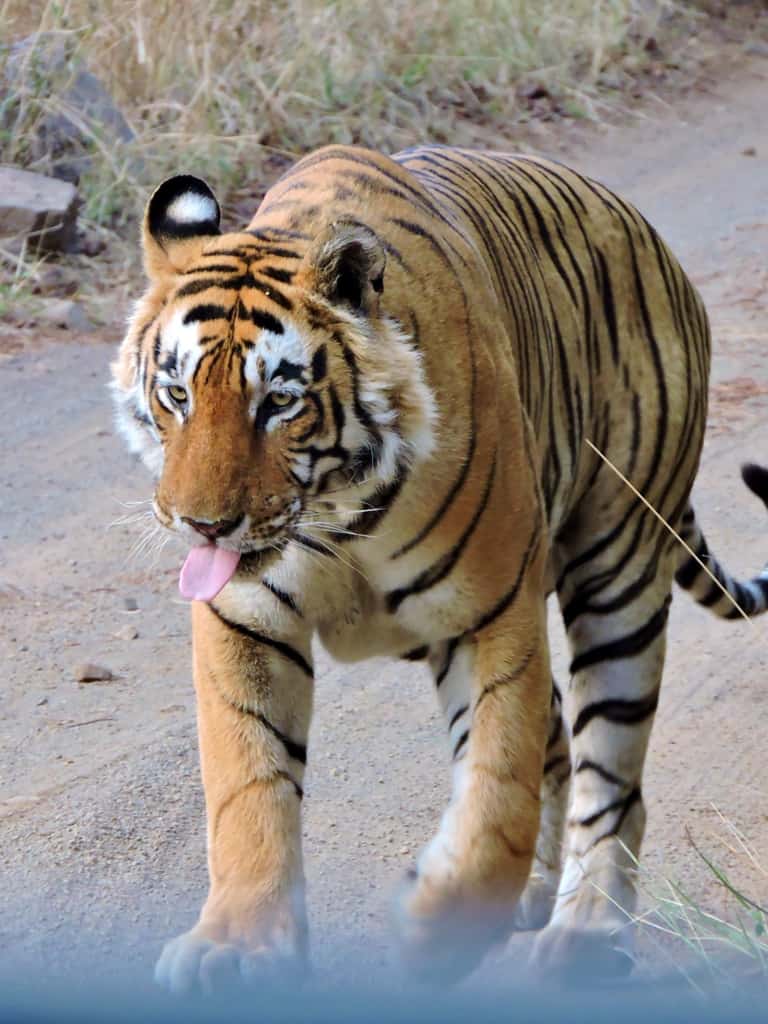 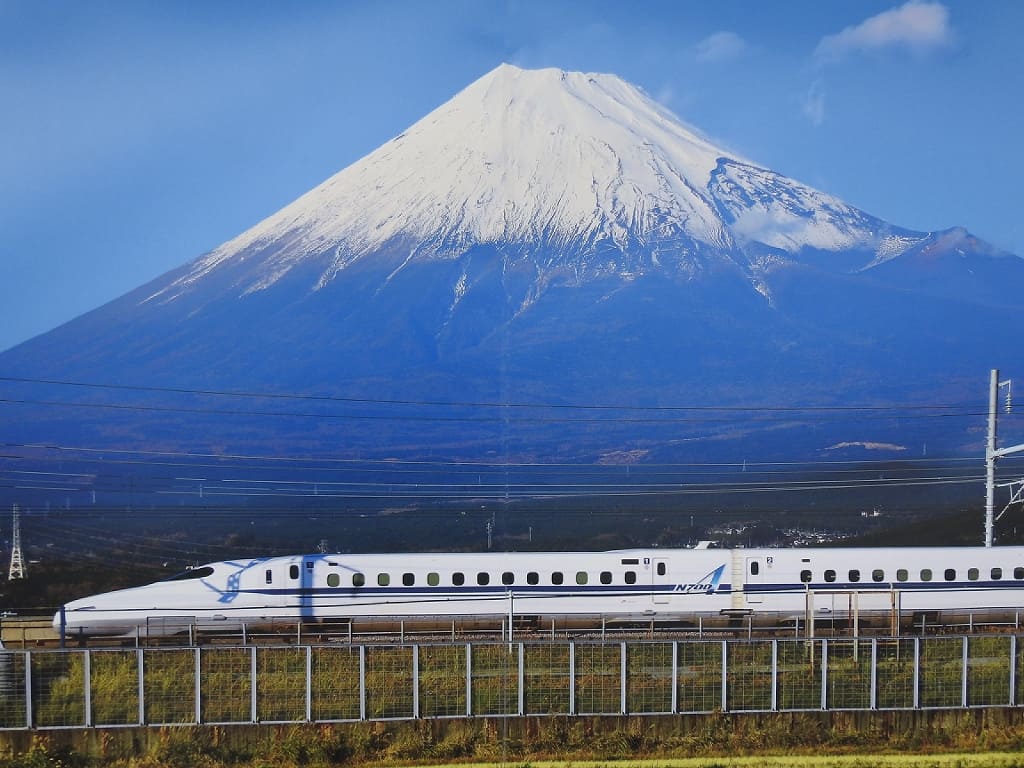