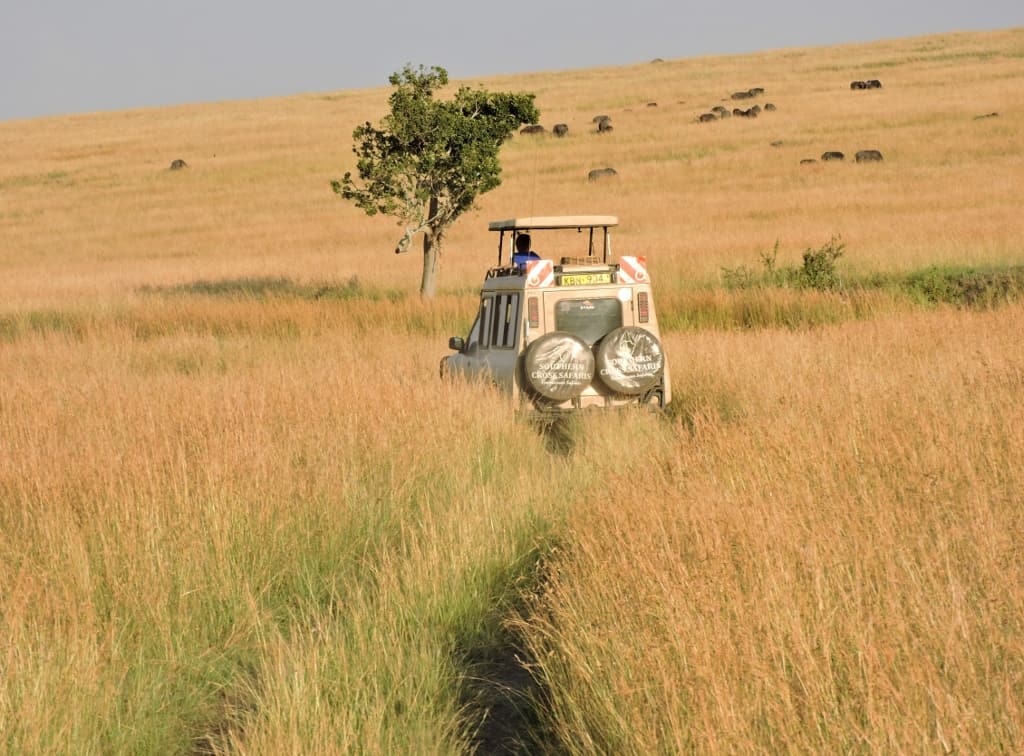 If you’ve never been on an African safari, you probably can’t imagine what a game-drive is like. Well, we’ve been on a few of them already this safari … and we’ve got lots more to come. At least once a day, sometimes early morning while it’s still quite darkish, sometimes later in the afternoon when the landscape’s cooling down, we pile into our waiting 4WDs (Toyota Land Cruisers) and bounce off along the dirt roads that criss-cross East Africa’s wildlife parks. In search of what? In search of the animals, birds and scenic highlights that this continent’s famous for.

The ‘lids are up’ (meaning the vehicles’ roofs are elevated) allowing us to stand, if we choose, for fresh air, clear views and photos. The terrain is frequently cross-country, with lots of lurching and lunging – which all adds to the camaraderie and fun. Our drivers are also qualified as safari guides, with specialist knowledge of ecology, conservation, birdlife and animal habits. In short, they’re a goldmine of information – plus they’ve got amazing eyesight, constantly scanning the surrounds and accurately spotting our moving targets long before we see them.

Our lead Toyota Safari 4WD off on another game-drive.

The gorgeous LILAC BREASTED ROLLER was waiting for us beside the road.

This IMPALA, beautifully marked and coloured, needs someone to scratch her itch.

Much maligned HYENAS are hunters/scavengers, and help keep the game-parks clean.

Over the next few blogs I want to give you a taste of the wildlife Kiwis have been eyeballing. These selected close-ups (snapped by me and my beloved) are for real, but they don’t give you the whole story. There are things you can only appreciate by being here: the endless backdrops, stretching to the horizon … the constantly changing movement and sounds and dust and smells and silences and anticipation and hold-your-breath excitement … and what went on beforehand.

You see, sometimes the wildlife is all around you, impossible to miss. But most times you have to go looking for it – because these game-parks are truly vast and the animals (especially the predator-cats) are elusive. Often the first clue that “something’s out there” is a tiny upright shape in the far-off distance (like the cheetah we spotted yesterday) … a shadow in the long grass (like the leopard we encountered later that same day) … a hint of movement that you think you can see “somewhere over there”. Our drivers are good at this, and they often pick up signals that we can’t see even with binoculars: a cheetah’s head above the terrain … a tail hanging down out of a tree … a sudden panic amongst smaller animals.

And something else you can’t tell by looking at these pix is the hour-or-two of driving and searching along dusty, rutted tracks that finally resulted in a halfway decent photo. Nor can you tell how many hopeless, useless, out-of-focus duds were snapped before this one – and have since been deleted.

We got rather close to this chubby HIPPO and his mates on our Lake Naivasha small-boat excursion.

The big cats all know how to hide, and we never knew this male LION was there until he popped up out of the long grass.

These stunning CROWNED CRANES have obviously just returned from the hairdresser.

Mature CAPE BUFFALO bulls weigh in at over a tonne, and manage to look decidedly grumpy.

The MARA RIVER in Kenya is the scene of much violence when crocodiles take down migrating wildebeest, but we spotted this buffalo, giraffe and elephant peacefully co-existing.

Anyway, sorry for going on and on. Enjoy these images-of-Africa (there are lots more to come) – and click on them for some extra comment. They’re a sample of photos we’ll all take home when we leave, reminding us of the wild, wonderful days we’ve spent in Africa … and the amazing wildlife we were privileged to meet.

Snorting buffalos, grumpy, irritable, eager to charge … fat, mud-loving hippos, lethally dangerous but looking like they couldn’t get out of their own way … lanky giraffes, nibbling at sweet shoots in the tallest acacia trees … prehistoric rhinos rumbling short-sightedly across the grasslands … herds of elephants, mainly mums, aunts and playful babies, with the odd bachelor bull grazing nearby … ever-alert antelopes of varied shapes and sizes, ready to leap away at the first sniff of danger … hyenas lurking in the undergrowth, ugly-as but powerful hunters … cheetahs, rare, endangered and lightning-fast … stripey-suited zebras, romping playfully and yipping like dogs … magnificent lions, Kings of the Jungle and feared by all … shy leopards, preferring their own company and hiding their lunch up trees …

This mass of black-&-white ZEBRA stripes are beginning to head north on their annual migration.

Talk about unusual colouring, this TOPI with his blue-bruise markings takes the cake.

It was “now you see him, now you don’t” when this GIANT KINGFISHER landed briefly in a nearby tree.

A master of camouflage, this big male LEOPARD blended right in with the surrounding grasses. Photo by Denise Karsten.

PEOPLE NEWS: Another quacky yellow duck has found a new and welcoming home: 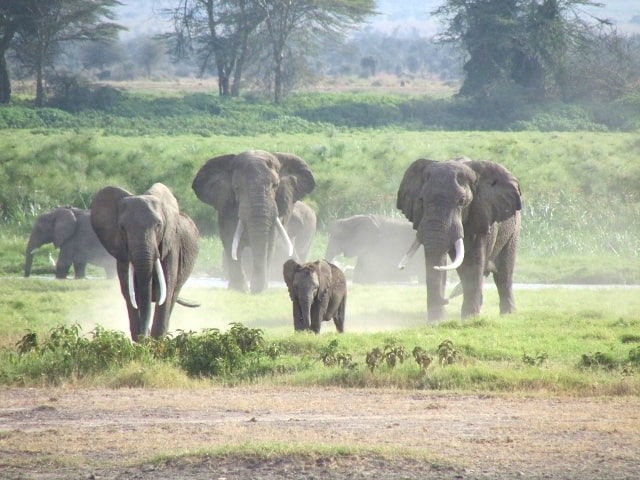 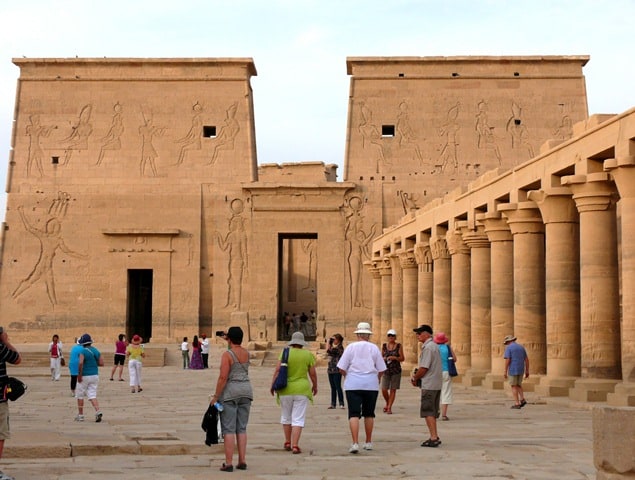