It’s impossible to exaggerate the endless smorgasbord of wildlife we’ve tasted every day on this safari – some of it in the far distance, some of it amazingly close, some of it watching us shyly from the acacia-clad slopes, some of it sunbathing on riverbanks or lolling in pools and mud-holes, some of it flitting from branch to treetop, and some of it (lots of it, actually) grazing on the grassy savannahs that stretch beyond the horizon. And we’re often (no kidding) unsure which way to turn, where next to look, what to aim our cameras at.

I’ve reported already on the stunning Masai Mara – but there was far more that I had to leave out. And we’ve since added two more days on the floor of the great Rift Valley, enjoying the astonishing birdlife (amongst others things) of Lake Naivasha and Lake Nakuru. I wish I had time to tell you about the banded mongoose family, scurrying along to who-knows-where. The oh-so-cute elephant babies with their tiny learner-trunks, toddling along beside their ever-protective mothers and aunts. The handsome male lions we caught resting up in a shady decline. The trio of mud-smothered hippo-giants we disturbed on one bend in the road – and the others, looking pink and scrubbed clean, that we gave a wide berth too during our boat-ride out on the lake. The elegant ‘tower’ of giraffes that stood to attention as we parked-up and studied them … the big bull giraffe that wandered the lawn near our lodge-units … the curious youngster that played hide-and-seek with us in the tall fever-trees … and the elegant family that marched across the far horizon like a row of construction-cranes. The stately water-buck with its curved spiral horns that allowed us to walk so near. The lion-cubs we spied, playing tag on a dirt-pile while their mums rested-up before the evening hunt. The eye-catching Colobus monkeys, black with long white tassels, that were stealing goodies from a bird-feeder. The leopard we lucked-upon, dragging a young  bush-buck through the long grass, then stopping to fix us with a cold, green stare – plus the second leopard that appeared right out in the open, just an hour later, en route (most likely) to his favourite tree. The pair of prehistoric rhinos we saw, almost out of range, grazing unconcerned at the lake’s edge.

And don’t get me started on the birds …

These shallow, alkaline Rift Valley lakes, lying some 1880 metres above sea level, are a bird-watchers’ paradise – and we just couldn’t get enough: cormorants (feed their chicks), pelicans, herons, king-fishers, spoonbills, and water-birds of every description in the wetlands … and colourful starlings, bigger spurfowls, tiny bee-eaters, weavers, mousebirds, and other even more exotically-named beauties of the most gorgeous shades and hues (like the purple grenadier, and the red-cheeked cordon bleu) – never still for more than a second as they foraged busily on the ground and in the branches.

Fuchsia-pink flamingos were traditionally here in their squillions, feasting and frolicking in the nutrient-rich waters. But, due to rising water-levels in recent years, they’re now doing their feasting and frolicking elsewhere – which meant we missed out on that natural wonder. But for the rest? Well, our cameras were running hot, so I’ll let the pix tell the story.

Our esteemed little yellow ducky awards have been handed out at a quacking pace recently:

Our final game-drive (plus another night under canvas) awaits us at the Sweetwaters Tented Camp. Don’t miss this, whatever you do … 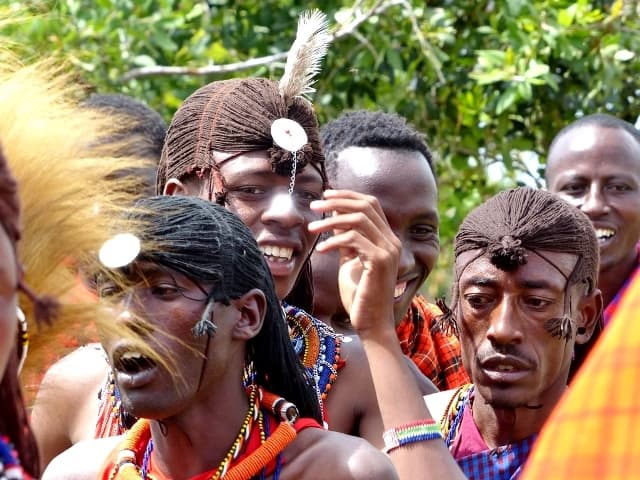