As you’ve probably guessed by now, our wild, magnificent, unforgettable African Safari is all over!

We said a sad “Kwaheri!” (goodbye) to Kenya on Saturday … arrived late that night in glittering Dubai … spent the next day trying hard to stay out of the 47-degree midday sun … rode some desert-dunes in the late afternoon … dined in a Bedouin camp as the sun went down … then grabbed a few all-too-brief hours in bed, before returning to the airport and blasting off for Godzone, on the other side of the world.

There’s so much more I could’ve and should’ve written … so many more pix I might’ve shared. In fact, given half the chance I could still bore you to death several times over. But allow me to record a few elephant memories (these big, intelligent mammals are my African favourites) plus some parting shots from other animals that caught the eye during our final hours out on the game-parks. 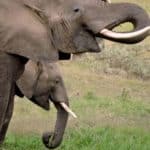 Look closely and you’ll see what they’re squabbling over – a wilderbeest.

A tiny dik-dik, the smallest of all the antelopes, just 30-40cm at the shoulder. 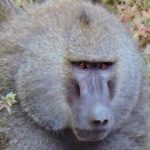 We spotted this hyena with something in its mouth. Look closely and you’ll see that it’s a …

A 2.5 metre python, first spotted crossing the road in front of one of our 4WDs.

As a special treat on our last Nairobi morning we visited an elephant orphanage – home, at the moment, for 26 bumbling, tumbling, cute-as baby elephants from all over Africa. Many of them are orphans, their parents killed by poachers, after their tusks; others were found lost and hungry, separated from their parents by the inevitable man-versus-wildlife clashes that occur; still others were found down waterholes or caught in traps (like the tiny little fellow we saw whose trunk was almost severed by a wire snare).

Here, in this sanctuary, they are fed and cared for, allowed to play roly-poly with their friends in the red dust and mud-holes, then returned to the bush at the age of three and adopted into suitable wild herds.

Hard to think of a nicer, more lingering memory to take with us …

P.S. Would you like to join us on our NEXT AFRICAN SAFARI? We’ll most likely go again in 2020 (three years from now). Get in early, so you don’t miss out! Register your interest now by calling Dianne on 0508 323 333 or emailing [email protected].

P.P.S. If you want to receive future Mad Midlife Travel Blogs in your INBOX, just sign-up (top-right) for your free Email Subscription! And if you’d like to leave a message for someone in our group, just click on the little speech bubble at the top of this entry, and add your comments! (Keep it brief – and be sure to say who it’s for and who it’s from.) 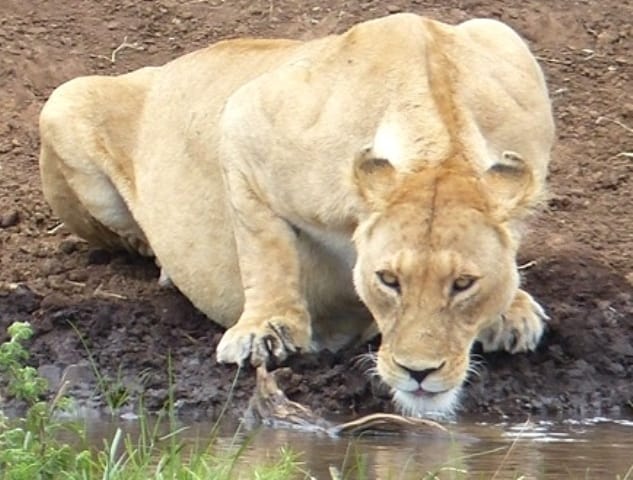