Sorry for the blog-gap, but these past three days have been full-on! I mean, our grand Middle Eastern adventure has only just begun, but we’re already been/done/seen HEAPS! So allow me (as best I can) to bring you quickly up to date:

FRIDAY: After leaving Singapore and flying through 11 hours of darkness, we touched down, bright and early, at Athens International Airport (Elefthérios Venizélos) – then headed to the Royal Olympic Hotel for an early check-in, some shut-eye, and some out-on-the-street exploration. At nearly every intersection in this famous Greek capital the glories of its distant past intrude on the present, and 2400-year-old monuments like the Acropolis, Hadrian’s Arch, and the Temple of Zeus could be seen – up-close and in-your-face – from the rooftop restaurant of our hotel. Talk about a photo-op – it was incredible!

Then, come late afternoon, we met Vicky (our fun-loving Greek guide) and went sightseeing. The Olympic Stadium, soaring Corinthian columns, the Plaka (old town) with its narrow cobbled streets and lively tavernas ringing with the music of mandolins – we sampled them all. And then we sat down at the foot of the ghostly, floodlit Parthenon to our first-of-many feasts: Greek salad (lettuce, onions, tomatoes, capsicum, feta, olives, whatever, all drenched in olive oil) … barbecued lamb, chicken, pork … and baklava (a pastry/honey/nuts dessert soaked in yummy syrup)!

SATURDAY: We were up-and-away right after breakfast for a walk-around visit to the Acropolis, the mighty rock formation dominated by one of the world’s most beautiful ancient buildings: the Parthenon – built around 400 BC and dedicated to the Virgin Goddess, Athena. We oohed and aahed and wandered the marble ruins, taking in two other gems while we were at it: the delicate little Temple of Athena Nike, and the Erechtheum, famous for its Porch of the Caryatids (its roof supported by six stunning statues of Athenian women).

Then, in the afternoon, we drove west for some stunning views of the crystal-clear waters of the Saronic Gulf … the amazing Corinthian Canal (a 6km shipping channel carved through 80 metres of solid rock back in the 1800s)  … and the archaeological site of ancient Corinth,where St Paul lived for two years.

Back in Athens (I can’t believe it was only last night) we enjoyed another Greek feast at the Old Stamatopoulos Taverna, set amongst the narrow lanes, colourful stalls and foodie-joints of the Plaka.

TODAY: We were packed up, fed and watered, all on the coach, and driving out of Athens (believe it or not) before the sun came up this morning … motoring north through Greece’s rich agricultural plains (past cotton fields and olive-tree plantations) to Kalambaka (an attractive small town nestled at the foot of mountains – rebuilt after being almost entirely destroyed by the Nazis in WWI). We parked our bags at the Divani Meteora Hotel and drove up a windy mountain road to our real destination – the sheer stone pinnacles that rise abruptly from the surrounding plains. Built into and on top of these rocky peaks are the famed Monasteries of Meteora – one of the most extraordinary sights in mainland Greece.

‘Meteora’ means ‘suspended in the air’ … and the almost inaccessible monasteries provided monks (at the end of the 14th century) with peaceful, safe havens from increasing bloodshed. Back then, the monks had to climb hundreds of metres up removable rope ladders – or get hauled up in nets. But access these days (lucky for us!) is via paved roads and steps hewn into the vertical rock walls.

We spent a couple hours in two of the six still-working monasteries, marvelling at the landscapes, appreciating the art and culture, and learning more than most of us ever have about the Greek Orthodox faith.

Rush-hour on the Acropolis

Meteora from our hotel balcony

One of Meteora’s cliff-top monasteries

First on our agenda is the ‘biggie’ of Greek religious shrines, the Oracle of Delph. Then, late afternoon, we’ve got a date at the port of Piraeus (Athens) with our floating hotel, the ms Prinsendam. We’re going SAILING … yeehaa! 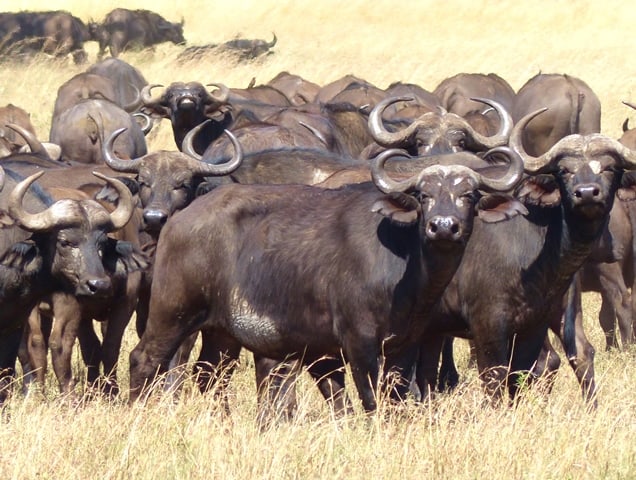