Hope you’re not getting Romaned-out or confused about the ancient sites we’ve been visiting, because here are a couple more to add to the list! After docking around breakfast time yesterday in the Turkish resort of Antalya, we drove through the tidy, green countryside of south-west Turkey to the ancient city of Aspendos – where we clambered around its superbly-preserved 2nd-century amphitheatre … wandered over a 13th century bridge … and picked some cotton from a nearby cotton-field.

Next we entered the atmospheric town of Side (‘seed-er’ meaning pomegranate) through a gate in the old city walls, and trekked down a quaint, store-lined street to some more Roman remains. On the way back to the coach, we had time to shop-shop-shop – and sample some refreshing, freshly-squeezed pomegranate juice from a local vendor. (You’ve gotta try it one day!)

Then, after lunch (in the outdoors under trees), we continued to yet another ancient landmark. Perge dates back to 1000 BC … played an important part (centuries later) in the spread of Christianity … and still boasts a Roman-era theatre, a basilica, an early-century shopping mall, a Nymphaeum (hilltop reservoir consecrated to water nymphs), and three Roman temples (dedicated to Dionysus, Apollo and Artemis).

Overnight, while we slept, the Prinsendam motored gently around the coast (known as the Turkish Riviera) to the once-sleepy fishing village of Marmaris. The Mediterranean and Aegean Seas meet here at what is today a popular resort-cum-boatie’s-paradise (with its own castle) – and so did Lord Nelson’s fleet back in 1798, prior to his attack on the French at Abukir.

We drove for an hour-and-a-bit to the tiny village of Dalyan, where we parked our Mad Midlife backsides on a couple of riverboats – that then took us through winding canals, cotton plantations and reed thickets, and past some famous temple-tombs of ancient kings carved into the rocky cliffs, to (i) the ruins of ancient Caunos (featuring yet another Roman theatre and some mud-baths founded in the 5th century BC) … and (ii) beautiful Iztuzu Beach where the endangered Mediterranean Caretta Caretta turtle comes ashore each year to lay its eggs.

Today was, once again, hot, blue-skyish and sunny (that’s all we’ve had since we arrived in Europe 12 days ago) – so a goodly number of us Kiwis stripped to our togs and took to the warm water like ducks. Aaah, yes! 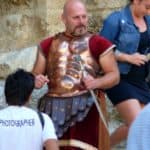 One hump or two?

Ancient ruins at Side

Lunch in the Turkish outdoors 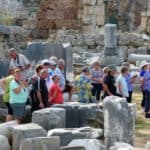 Boating on the Dalyan River Delta

Our hotly-sought-after quacky yellow ducks have been going out the door these past two days:

Kusadasi is an attractive resort-city on the Turkish coast, with beaches, cafés, gardens, a castle and shops full of carpets and leather goods. But 30kms down the road is one of the world’s finest archaeological sites: the famous city of Ephesus – and that’s where we’re headed … 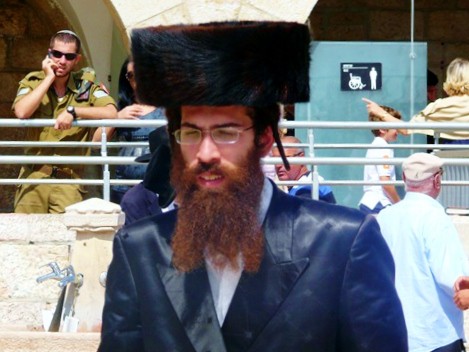