As we were waking up this morning, on this our second day in Egypt, the Prinsendam was manoeuvring gently alongside the cruise terminal in Port Said, at the northern end of the Suez Canal. And, from our up-high vantage points in our cabins or out on deck, we watched a colourful tangle of fishing boats jostling for mooring-space in the harbour below … and ate breakfast to the accompaniment of muezzin calling faithful Muslims to prayer over loud-speakers installed in the tops of nearby minarets

We spent yesterday, of course, in Alexandria – Egypt’s second largest city, founded in 331 BC by Alexander the Great. These days, nine million people live cheek-to-jowl in that tired, untidy, overflowing metropolis … and watching the teaming masses go about their daily business was an education, to say the least!

We Kiwis climbed aboard two coaches in the afternoon (along with armed guards) for an overview drive through the civic centre, the main square and the bazaar. We motored along the cornice (waterfront) to the eastern harbour, with a toilet-stop at the impressive Salamlek Hotel (built by Khedive Abbas II for his Austrian mistress) … and photo-stops at the Montazah Palace & Gardens (built by Abbas as the summer home for Egypt’s royal family), the Abu al-Abbas Mursi Mosque (a superb example of modern Islamic architecture), the Fort of Qait Bay (built on the ruins of the Faros Lighthouse, one of the Seven Wonders of the Ancient World), and Alexandria’s massive new library (built with help from UNESCO).

But yesterday’s highlights were actually (i) a rush-hour (literally) traffic-jam, which saw us all waving to friendly locals and going nuts with our cameras … and (ii) the extended conversations we had on both coaches with the highly-educated, well-informed, and surprisingly-frank young ladies who were our tour guides for the afternoon. About what? Oh, about Muslim customs, Egyptian politics, the recent changes that have shaken this ancient nation, and lots more. Fascinating? You bet!

Then today? Well, Port Said (pronounced ‘side’, not ‘sed’) was founded in 1859 at the start of the Suez Canal excavations – and, by the late 19th-century, had become a bustling port (synonymous with hashish-smuggling and crime) where all the major maritime powers had consulates. It took a beating during the Suez Crisis and two wars (1967 and 1973) with Israel. Nowadays, however, this hyperactive, ramshackle city of half-a-million people earns its living as an important harbour: both for Egyptian exports (like cotton and rice), and also as a fuelling station for the 20,000+ ships that pass through the Suez each year.

Port Said is a popular kick-off point for tours to Cairo, the pyramids, etc – but we Kiwis are returning to Egypt later to do all that in style. So we just took it easy, watching all the comings-&-goings, wandering the town, rubbing shoulders with locals, enjoying horse-&-buggy rides past mosques, markets and landmarks, and sitting out the afternoon heat in the Prinsendam’s air-conditioned restaurants or around the pool.

This is a tough life, I tell you, and I don’t know how much longer we can keep it up …

Have you ever noticed how some couples, the longer they’re together, start looking more and more the same? Well, that must have happened to today’s nominee for a quacky-duck award:

Oh boy! Another big day … another ancient culture … and another bunch of unforgettable memories! Ashdod, with its seaside promenade, is Israel’s largest port – and serves as a gateway to Jerusalem and nearby Bethlehem. (You’re green with envy, eh?) 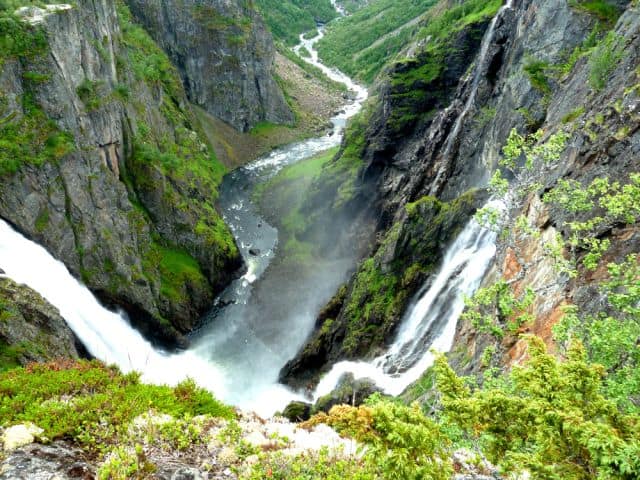