When I spoke to you yesterday, it was (you may recall) from Rome’s Aeroporto Leonardo da Vinci di Fiumicino, and we were about to fly to Cairo, Egypt. Three-and-a-bit hours later, as we made our landing approach, the sun was going down on the Land of the Pharaohs, and the dry-desert landscape was shrouded in haze.

We were excited? What do YOU think? Yes, of COURSE we were!

It was dark by the time we got bums and bags on the coach – and Cairo’s 18 million people all seemed to be rushing home from work in the same general direction as us. This wasn’t just a traffic jam: it was PANDEMONIUM! – and a tourist-experience all on its own. Cars with missing fenders, no lights, and loud horns … motor scooters weaving in and out of the traffic (sometimes even against the current) … grubby on-the-footpath shops … rubbish everywhere … donkey carts competing with overloaded trucks … garish brightly-lit billboards lining the ring-road … men fishing in the dark from a bridge that crossed the legendary Nile. On and on it went – fantastic!

Two hours later we reached the Mena House Oberoi and our beds for the night. This palatial hotel sits in the shadow of the Great Pyramids. But the Great Pyramids were just a huge ghostly outline in the night sky by the time we arrived – and they were just as hard to see when we left, only a few hours later. In fact, don’t tell anyone, but we were woken next morning at the unearthly hour of 1:00am (aarrgghh!) … and, by 2:15am, 49 very sleepy Kiwis were back on the coach, boxed breakfasts under our arms, driving to the airport!

(I warned you that this tour wasn’t for the faint-hearted!)

Why the early start? Well, next on our to-do list was Abu Simbel (south of Egypt, in the Nubian Desert, near the border with Sudan). And a red-eye flight was (i) the only flight available that morning … and (ii) the only way to beat the heat down there in the desert.

Our lack of sleep was rapidly swept aside by the truly astonishing sight that awaited us at Abu Simbel. The two eye-popping, oversized mega-temples of Ramses II and Nefertari, carved deep into a rocky cliff-face by Egyptian engineers back in 1257 BC, were astonishing enough. But just as astonishing was the recent (1960s) relocation of both temples – block by block, in an artificial mountain on higher ground – by UNESCO engineers, to save them from the rising waters of the newly-forming Lake Nasser.

For the first time in three weeks, our Mad Midlifers were speechless … blown-away (I kid you not) by the scale of these things!

Later, following another short flight to Aswan and a photo-stop at the Aswan High Dam, we were welcomed aboard the luxury ms Tamr Henna for our much-anticipated Nile Cruise. After checking out our cabins, bouncing on our beds, and gobbling lunch, we went ashore for an afternoon tour in-and-around Aswan – which included (i) the amazing Unfinished Obelisk (abandoned in the city’s granite quarry 2000-plus years ago when it developed a crack) … (ii) the lyrical Temple of Isis out on the island of Philae (which we reached by means of a small boat) … (iii) a felucca (Nile yacht) ride around Elephantine Island, with views of the Agha Khan Mausoleum plus the Old Cataract Hotel (made famous by Agatha Christie’s ‘Death On The Nile’).

Then it was back onboard for a freshen-up – and a classy dinner in the elegant restaurant.

We cruise downstream to Kom Ombo, where we visit a temple (180 BC) dedicated to Sobek, the Crocodile God… and then on to Edfu and the beautifully preserved Temple of Horus, the Falcon God. 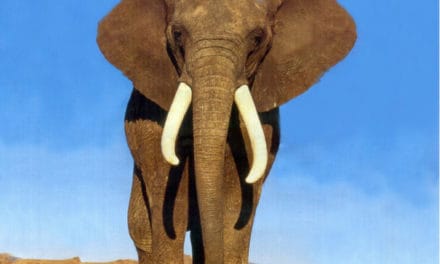